New research suggests that compassion and empathy-based meditation and mindfulness may be able to increase prosocial emotions and behaviour.

Title: A Systematic Review and Meta-analysis of the Effects of Meditation on Empathy, Compassion and Prosocial Behaviors

Summary: Contemplative scientists may be aware of several recent meta-studies that have challenged the methodology and theoretical frameworks of meditation and mindfulness research. However a review by Luberto et al. recently found that compassionate and loving-kindness practices can positively influence prosocial emotions and behaviours. The key finding was that in the 26 reviewed studies, meditation was linked to a positive effect on self-reported and observed prosocial measures. Although this meta-study bucks the recent trend it should be noted that many of the known problems highlighted in earlier strategic reviews (methodological flaws, reliance on waiting list or no treatment control groups, weak theoretical frameworks) have not been fully addressed. 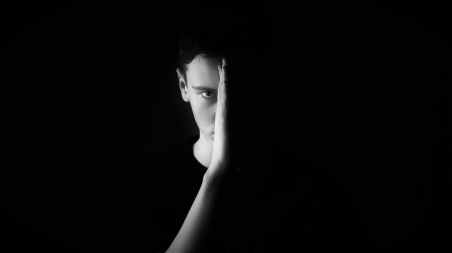 The paper included a Risk of Bias Assessment, a welcome inclusion given recent findings of the failure of scientific objectivity in some meditation and mindfulness research. Luberto and colleagues established the risk of bias using the Cochrane Collaboration guidelines. They reported that 11 of the 26 studies had a low risk of bias, 12 offered a medium risk with just 3 demonstrating a high risk. Eight potential domains for bias were evaluated for each of the reviewed studies, where the risk of bias in any of the domains could not be established a rating of ‘unclear’ for that domain was recorded. It should be noted that every study had a rating of ‘high’ or ‘unclear’ in at least one domain and the mean number of ‘unclear’ ratings was 40% of the total possible. Further, that in the risk evaluation of the 8 domains for each of the 26 studies (208 potential ratings in total), none were regarded as offering a medium risk of bias. Although I am unfamiliar with this approach to evaluating bias it would appear that an absence of data indicating potential bias in any domain is discounted from the overall classification. So individual studies with unclear data regarding potential for bias in areas such as blinding, incomplete results or selective reporting could still receive a low risk of bias rating!

“Is the absence of clear data masking real world risks of bias in meditation research?”

Following a traditional approach, 26 papers with a total of 1714 participants were identified from academic and scientific databases. A selection criterion was used to deliver randomized controlled studies in a range of populations who were trained in loving-kindness or compassion meditation. Results for self-reported and observable outcomes indicated significant small to medium effects. Of note is that “subgroup analyses also supported small to medium effects of meditation even when compared to active control groups”.  The study also contained insights into potential physiological and neural mechanisms linked to the meditation training. Limitations of this review included the wide range of meditation methods encompassed and the variable lengths, intensities and modes of training undertaken by the respective participants.

Within this paper (and much of the available research) definitions of compassion appear to be fluid. Put simply there are few signs that contemplative science draws upon authoritative definitions of compassion either in the meditation methods used or in establishing the effect of the training. There also appears to be potential for a disconnection between the concepts integrated into the meditation methods and the instruments designed to measure compassion and empathy. Whilst the data presented offers a cautiously optimistic picture of the potential of meditation to improve positive prosocial emotions and behaviours, established concerns over methodology and theoretical frameworks remain unresolved.

PhD candidate in the scientific history mindfulness. Trained neuropsychologist and cognitive psychologist. Private research of how compassion and explicitly nondual meditation methods influence our physical and mental health. Stephen has decades of personal practice in spiritual and secular forms of meditation. Alongside the teaching and research of nondual methods, Stephen trains his own brain every day with Dzogchen based mind training. View all posts by Stephen