The longer the science of mindfulness resists reforms, the greater the risks to the technology.

Leading UK economist Richard Layard has drawn further attention to the growing controversy surrounding mindfulness meditation. In his recent book Can we be happier?, Layard sends a number of uncertain messages about the role and benefits of mindfulness. The central premise contained in the Introduction is that by increasing levels of altruism, a new age of increased happiness can be established. Throughout the book, mindfulness and meditation are used as examples of technologies able to support the ‘happiness revolution’. But confusingly, Layard highlights concerns that the altruism present in traditional meditation methods, has been erased from secular forms of mindfulness. According to Layard’s hypothesis, if mindfulness decreases altruism it might reduce happiness. The same problem may be present with any self-focused form of mind training, self-compassion or CBT for example. 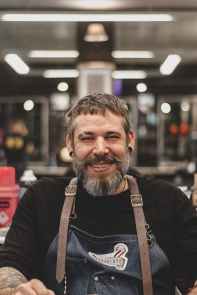 Can we be happier? also misses the opportunity to discuss the lack of replicated data in mindfulness research. Several scientific reviews have argued that revisions to the methodologies used to study meditation are required.1 Given the status of Layard as a leading authority in the science of happiness, his failure to mention this growing problem is surprising. Leaving the book open to accusations of a lack of scientific objectivity.2 A tendency to ignore critical reviews from academics and scientists is causing increasing damage to the reputation of the contemplative sciences. If action isn’t taken by the scientific and clinical communities, there is a danger that the progress of mindfulness will be stalled further. There are three pressing issues that need to be addressed by professionals working in this field.

“Those of us with a long experience of meditation, know how valuable a technology it is. But if we wish that meditation and mindfulness are treated as scientifically reliable, we must meet the required standards of evidence. Including a need for extensive replication.”

1 Nicholas T. Van Dam and others, ‘Mind the Hype: A Critical Evaluation and Prescriptive Agenda for Research on Mindfulness and Meditation’, Perspectives on Psychological Science, 13.1 (2018), 36–61.

3 thoughts on “If mindfulness works, we have to be able to produce the evidence”