How far can we trust meditation research?

No matter how I tried to write the headline it came out as provocative. My intention wasn’t to be controversial, rather I wanted to articulate concerns that have been rumbling around the science of meditation and mindfulness for decades. At the heart of this story are two important yet unresolved issues. Firstly how does psychology and neuroscience understand meditation and what do the results of meditation research really mean?

The limited prosocial effects of meditation is a recent systematic review of research undertaken by Ute Kreplin, Miguel Farias and Inti Brazil. The study has been discussed in the meditation community at some length so I’m not going to review it here. But to summarize, the positive effects of meditation on prosocial behaviours (compassion, empathy, aggression, connectedness and prejudice) in healthy adults were only observed in compassion and empathy scores. However, increases to compassion were just seen when the meditation teacher was one of the co-authors of the research paper or when the study used a ‘passive’ control group (this means the control group were on a waiting list). These findings are suggestive of flaws and possibly ‘bias’ in some of those studies that demonstrated significant results. In an interview with Ute Kreplin published in the international Buddhist journal Tricycle, a number of broader issues have been highlighted, it’s those that I’d like to push around a little now. Leaving to one side the methodological flaws which are the main focus of the Tricycle interview, let me draw attention to the potential causes of the ongoing limitations in our attempts to evidence the effects of meditation.

It should be stressed that the Kreplin, Farias and Brazil paper is one of a number of reviews that came to similar conclusions, that many (possibly most) of the published studies reporting significant effects in non-clinical populations had methodological and/or theoretical flaws. And as Kreplin hinted, published research tends only to be the tip of the iceberg, studies that fail to show measurable changes in meditators rarely see the light of day. So the examples analyzed in strategic reviews are not the full picture of meditation research, they offer a very selective (positive) account of the scientific landscape. And yet the common perception grows that meditation is a panacea able to deliver a range of desirable outcomes to almost anyone willing to practice a method.

By way of transparency, I should make it clear that I’m an experienced meditator and confident of the great benefits of the practice. My interest in contemplative science comes from the perspectives of both a trained cognitive psychologist and a practising Buddhist. From my experience of teaching traditional meditation systems, it is unrealistic to claim that a few weeks of meditation practice automatically leads to ‘significant’ change. Some practitioners do progress rapidly, embracing the transformative potential of meditation, but others fall away after only a few weeks, sometimes disillusioned and unfulfilled. This is a difficult subject to address coming from a traditional meditation perspective because judging or criticizing the progress of another practitioner is something of a taboo. But to enhance the wider understanding of meditation this point needs to be stressed. There is no reason to assume that the meditation method alone leads to change, the method is an integral part of a firmly established theoretical framework. The effects of meditation tend to be meditated by several factors such as individual capacity, participant motivation and qualitative differences between the teacher or teaching systems.

The contemporary scientific investigation of meditation typically takes the reductionist approach, stripping out components that might confound the results of an experiment, such as variability in the method or differences in the environment. But isolating the cause (meditation method) and the effect (empirical change in the participant) is difficult, and in complex aspects of human behaviour such as empathy or compassion, it may be beyond the scope of many experiments. Consider that large numbers of the participants in meditation studies are likely to be undergraduates ‘pressed’ into research projects, obliged to participate in return for course credits. If meditation doesn’t always work for the people who choose to attend classes in the wider community why should things be any different in an experimental setting? 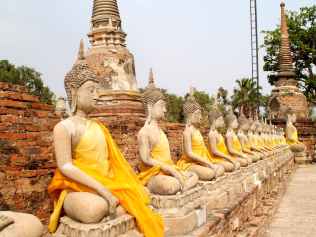 The ‘expectation’ that a meditation method in itself leads to change is not supported by human history. This idea may eventually be confirmed by science but the data gathered so far is inconclusive. We know that a number of meditation scientists are committed practitioners, so perhaps they have first-hand experience of the benefits of meditation or mindfulness. Is this as Kreplin suggests, part of the problem? Could the experiential knowledge of the results of meditating introduce subconscious bias into research methodology? I’m a meditator I know about the benefits of regular practice but I can see dangers to the credibility of meditation systems if claims based on poor science are over-hyped. The lack of long term studies for secular forms of meditation should also be a serious concern.

The failure to establish robust findings in meditation research begs a further question, without reliable replicated science how does the delivery of meditation technologies continue to grow in society? If scientists are raising questions about the claims made in individual studies why isn’t this filtering down more into health care, public policy and the media? If meditation and mindfulness interventions cannot be shown to work, or deliver predictable results, confidence in meditation generally may decline. It might also lead to an erosion in the status of experimental psychology as a provider of independent and reliable data.

These few paragraphs are simply an introduction to the subject, the start of a very long road. It can be argued that the contemporary western scientific investigation of meditation began in the 1970s, since when perhaps as many as 10,000 studies have been published. But based on the findings from recent strategic reviews our scientific understanding of meditation is at a surprisingly preliminary stage.

The Kreplin, Farias and Brazil study can be found here.

2 thoughts on “How far can we trust meditation research?”